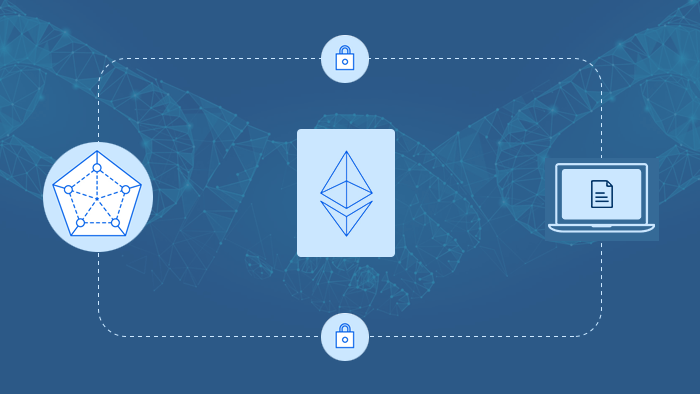 As you may already know, the Ethereum network uses programmable software platforms or smart contracts built on blockchain technology for powering non-fungible tokens, decentralized applications, and decentralized autonomous organizations. And the high-level functionality of Ethereum smart contracts has laid a solid foundation for developers to create complex and productive blockchain-based applications. Unfortunately, however, while all these revolutionary concepts have developed a creative and vibrant ecosystem of interconnected, trustless smart contracts, they have also become the perfect target for attracting the curiosity of hackers and bad actors.

As a result, the need and demand for security practices such as EVM security audit, penetration testing, and preventive measures have reached their highest points.

Before diving deep into the central part of our topic, let’s understand what Ethereum smart contracts are and how they work.

Though the list of attack types and smart contract vulnerabilities is infinite, there are multiple recommendations and practices every Ethereum smart contract developer should keep in mind to write secure smart contracts. These methods and preventive measures help handle anything from simple blockchain security to external calls and commitment schemes when building dApps and deploying smart contracts on Ethereum or EVM-compatible blockchains.

So, let’s go on and review them one by one.

Regular smart contract audits can save companies from troublesome situations like data leakage, security exploits, or financial loss. In addition, it helps to identify potential security vulnerabilities of the written smart contract code and spot the flaws that remained unnoticed during the development process.

Also, once the auditing is complete, the security experts provide a final audit report with details of discovered issues and vulnerabilities and appropriate solutions for fixing and remediating the current flaws.

Running various tests is the best way to detect mistakes and security vulnerabilities of the deployed smart contract code. Most developers use integrated and unit tests for a more comprehensive assessment. Unit testing, for example, helps to check the functions of smart contracts and verify whether the source code follows the predetermined agreements and conditions or not.

Other recommended options for testing Ethereum smart contracts are as follows:

#3 Reviewing Code With The Development Team

If you are working in a team, each developer needs to perform an independent contract code audit and report the results of the identified issues to other project members. It helps to enhance the security system and not miss the hidden vulnerabilities.

Re-entrancy is one of the most widespread and crucial security issues developers need to consider when writing a smart contract code. When a re-entrancy attack occurs, the contract code functions in an attempt to drain transaction funds by making an external call to other untrusted contracts. The contract address and its function generally enable users to withdraw Ethers they have stored on their regular account and works as predetermined: msg. sender. call. value. However, if the malicious contract makes an external call, the attacker can easily access the code’s core information, such as token amount, transaction value, and wallet address. Moreover, the account funds will be sent to the hacker’s arbitrary address, while the original owner will lose their tokens.

It’s recommended to design the function of a deployed smart contract to prevent the possibility of such attacks, so it neither calls nor sends ETH to untrusted and unknown contracts ( such as calling transfer() of a provided token address).

Generally, access control mechanisms decide who can govern or alter particular components of the contract code, which is a vital part of designing the Ethereum smart contract’s architecture.

When a wrong person gets admin privileges or ownership of a smart contract, they can easily reprogram the contract code to execute malicious financial transactions. So, if you want to prevent malicious actors from accessing admin permissions, it’s a must to ensure that sensitive function accessibility is complex and requires several authorization levels.

The core rule of software and blockchain security is to keep the contract code simple, as more complexity can lead to more variables, which in its turn, can increase the possibility of flaws and mistakes.

However, it doesn’t necessarily mean you should avoid function-rich smart contracts. Instead, you need to start with a simple code structure and slowly expand functionality using familiar patterns and clean code.

What is the best practice while writing a code, if not preparing for possible failures and smart contract security issues beforehand? Because no matter how many times you check, test, and re-test, it’s impossible to cover every potential flaw and bug that can negatively affect the functionality of a smart contract. Hence, creating a fail-safe mechanism for your Ethereum smart contract project is a must to limit damage from cyber threats and attacks.

Smart contract security and privacy are serious for every blockchain-based platform and project. Therefore, before writing and deploying a code on the Ethereum network, it’s necessary to equip yourself with the best security tools and developer resources to eliminate the possibility of risks and problems.

Below we enlisted some analysis tools and resources that can help secure your code against bugs, exploits, and vulnerabilities.

The first recommendation in our top list is Octopus. It is a well-known security analysis tool for reviewing and assessing the smart contract bytecode to fully understand all internal behaviors. This tool is compatible with contracts built on popular blockchain networks, including Bitcoin, Ethereum, and NEO.

It is a smart contract security tool designed for testing and analyzing EVM bytecode. For identifying the contract code vulnerabilities, Mythril uses the combination of symbolic execution, SMT solving, and taint analysis.

Oyente is also from the group of security analysis tools with the main focus on detecting common smart contract security vulnerabilities. In general, it comprises an Explorer, Validator, CGF builder, and CoreAnalysis tool. Each of these components executes a vital function: the Explorer, for example, is used to run the smart contract, and CoreAnalysis is used to search for potential issues in the resulting output.

The Smart Contract Weakness Classification or SWC Registry is a helpful resource that categorizes common contract weaknesses in one catalog. When browsing through it, you can learn about various vulnerabilities that have been used to exploit smart contract projects previously. Moreover, it also includes multiple test cases you can use for your project testing.

It is a handy opinionated security and code quality standard for Solidity smart contracts. Solcurity lists security questions and vulnerabilities you can consider when auditing or reviewing projects.

It is a famous repository for developers that includes a collection of known attacks, mitigation strategies, and security vulnerabilities for EVM-based projects. Through this repository, one can learn more about various known attack vectors and security issues such as honeypots, reentrancy, incorrect inheritance code, and signature malleability.

Another great resource worth mentioning is Secureth, focusing primarily on EVM systems and Blockchains. It is a commonly-driven educational resource designed for developers and beginner specialists who want to learn more about smart contract implementation and its importance.

What are EVM and smart contracts?

EVM is the core feature of the Ethereum Network that enables security professionals to create and deploy smart contracts in a Solidity programming language. In addition, many up-to-date decentralized applications and projects use smart contracts for secure transactions and token exchanges between involved parties. And all these features are available due to EVM-based smart contracts that ensure the security and accuracy of value transfers and financial transactions without intermediaries and control nodes.

Is a smart contract secure?

Smart contracts use various security protocols and regulations to protect users’ private data, transaction history, value transfer information and account safety. However, saying that a smart contract is risk-free will be an exaggeration. Even if you follow all security regulations and take all available preventive measures, there is still a low percentage of possible vulnerable spots in your developed contract code open to malicious hackers. That’s why most prominent companies and enterprises regularly conduct various audits and revisions to detect all existing vulnerabilities before an attacker.

What is smart contract security?

The security of smart contracts is an emerging research field primarily focusing on security issues and problems arising from the smart contract execution in a blockchain system. Thus, experts and professionals in the digital industry constantly analyze and review various smart contract projects to find common bugs and issues. Furthermore, they use different analytical tools, methodologies, tests, and resources to improve and enhance the productivity of conducted security procedures and develop new technologies and methods for dealing with complex projects.

How secure are Ethereum smart contracts?

Ethereum contracts are relatively flexible and secure, capable of running immutable contract logic based on previously developed code and holding large amounts of tokens and assets. However, the functionality of the Ethereum ecosystem and its smart contracts have also attracted the attention of hackers and malicious attackers, who constantly look for new ways to exploit their security. As a result, the aspect of safety mechanisms and appropriate measures have become the number one concern of every developer and company. Currently, various auditing services and firms specializing in smart contracts and blockchain safety can efficiently identify potential flaws and issues and help companies resolve them as quickly as possible.