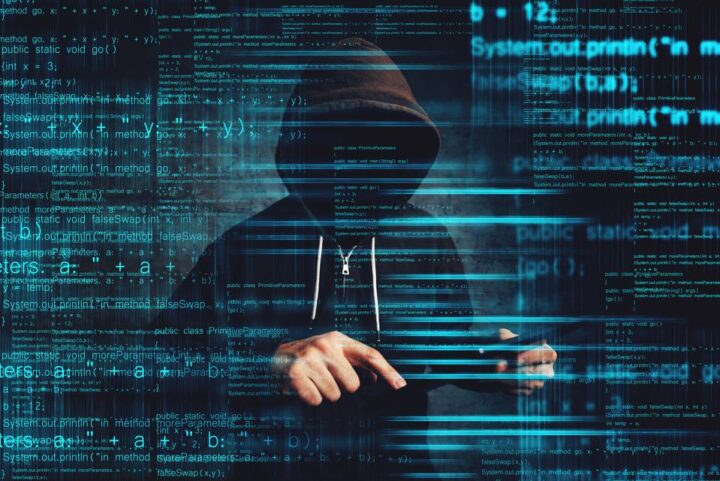 With the growing number of cyber-attacks, security exploits, illegal business transactions, and data breaches, it becomes extremely difficult for companies to secure their infrastructures from possible dangers. And as the Security Intelligence Report states, the total value of a cyber attack data breach was about $4 million, and this was only in 2019. This number is another indicator alarming a quite concerning situation around digital security and user protection policies. And what is the best solution to all this fuss, if not the revolutionary blockchain technology?

Since its appearance, blockchain technology has turned the entire digital network space upside down. Its new and up-to-date cyber security solutions help eliminate human error in business operations and automate the most important activities, shrinking the risk of cyber attacks.

But is this technology entirely safe? Can blockchain be hacked? What are some blockchain use cases? If you also wonder about these questions, check the article below?

If in a few words, blockchain is a distributed ledger technology that can record transactions and store data between multiple computers in a decentralized network. Due to its key components – smart contracts, blocks, and decentralized ledger, blockchain provides high-level cyber security, transparency, and transaction speed.

Moreover, it has the potential to solve and improve everything from digital identities, data protection, and data verification to remote control databases, software identity, and data transmission.

A successful cyber crime can become a nightmare for every prominent business. Data breaches can become not only the root of significant financial losses but also the top guilty side of victim companies’ bad reputations. And as malicious actors constantly upgrade their techniques by bringing new cyber attack tools and methodologies into play, it becomes quite challenging to guarantee data security. That’s why it’s essential to know more about blockchain technologies and their use-cases to create viable cybersecurity protection strategies and security decisions.

As the Internet continues to dominate the whole world, more and more users are connecting to social media platforms. As a result, new and upgraded social media networks enter the industry bringing various messengers and communication platforms as conversational commerce dictates.

During these interactions between millions of people, large amounts of data are collected and later become a sweet target for cyber attacks. Generally, most people on digital network platforms use unreliable passwords and credentials. That’s one of the first reasons why many messaging companies turn to blockchain technologies for protecting user data with end-to-end encryption.

In many cases, blockchain can also be used to make a standard security protocol and build a unified API framework to allow cross-messenger communication capabilities and secure private messaging.

Generally, edge devices like routers and thermostats are one of the favorite ways of cyber criminals to gain access control to overall systems. Considering the current obsession with AI (Artificial Intelligence), it has become easier for malicious actors to access overall security systems using edge devices like smart switches. Moreover, most of these IoT devices have feeble security features, enabling attackers to get the necessary information without much effort.

Using blockchain can help to secure such systems by decentralizing their administration and management. Edge devices become safer by eliminating the need to depend on third parties or central authority by detecting and stopping foreign intrusion and all suspicious commands from unknown resources.

Typically, attackers penetrate the system’s central administration and gain full control over the target device. So, through decentralizing such device authority systems, blockchain makes certain such attacks are difficult to execute.

DDoS or a Distributed Denial of Service attack happens when users of the target resource, including server, website, or network resource, are denied access and can’t reach their systems. Ultimately, DDoS attacks usually slow down or completely shut down the resource systems.

DNS or Domain Name System is very centralized, resulting in frequent malicious attacks that infiltrate the connection between the name of the website and the IP address.  Blockchain technology can diminish DDoS attacks by decentralizing the DNS entries. Moreover, integrating blockchain solutions will eliminate the vulnerable single points exploited by malicious hackers.

Currently, all organizations and companies face the risk of data hacks or theft. And it’s because most of these enterprises still use the centralized storage medium. An attacker needs to exploit just a single vulnerable point to access the entire data stored in these systems. Hackers can easily get the company’s sensitive information and confidential data like business financial records through such an attack.

Today, many storage service firms study how blockchain solutions protect data from attackers. One such example of an organization can be Apollo Currency Team (The Apollo Data Cloud), which has already integrated blockchain technology into its operating systems.

Generally, systems misconfiguration and data tampering combined with component failure have disrupted the integrity of information collected from cyber-physical systems. And it’s exactly where the capabilities of blockchain technology in data Integrity can be used to verify the cyber-physical infrastructures’ status. As such, using blockchain to generate information on the infrastructure components can assure the full chain of custody.

Where is blockchain currently used?

Blockchain use-cases are everywhere. You can find its traces in every industry and business sector like cyber security, finance, healthcare, management, insurance, computer software, gaming, and more.

How is blockchain used in everyday life?

Most companies use blockchain to secure common operations and systems that are a part of our everyday life. For example, one can fight against inefficient communication channels and develop more secure messaging platforms through blockchain cybersecurity solutions. Or blockchain technology can be integrated for securing daily automation devices and systems.

Though blockchain can be considered a disruptive technology with a high-level cyber security system, saying it is fully secure won’t be true. No single system, platform, or network security can be guaranteed, as the risk of security exploits or safety flaws always exists. And blockchain is no exception.

What is an example of a blockchain network?

The most popular blockchain networks probably are Bitcoin and Ethereum. They utilize blockchain cyber security solutions and platforms to provide users with an opportunity to connect with others and make transactions.